Why is investing in Real Estate Kolkata during COVID is smart? 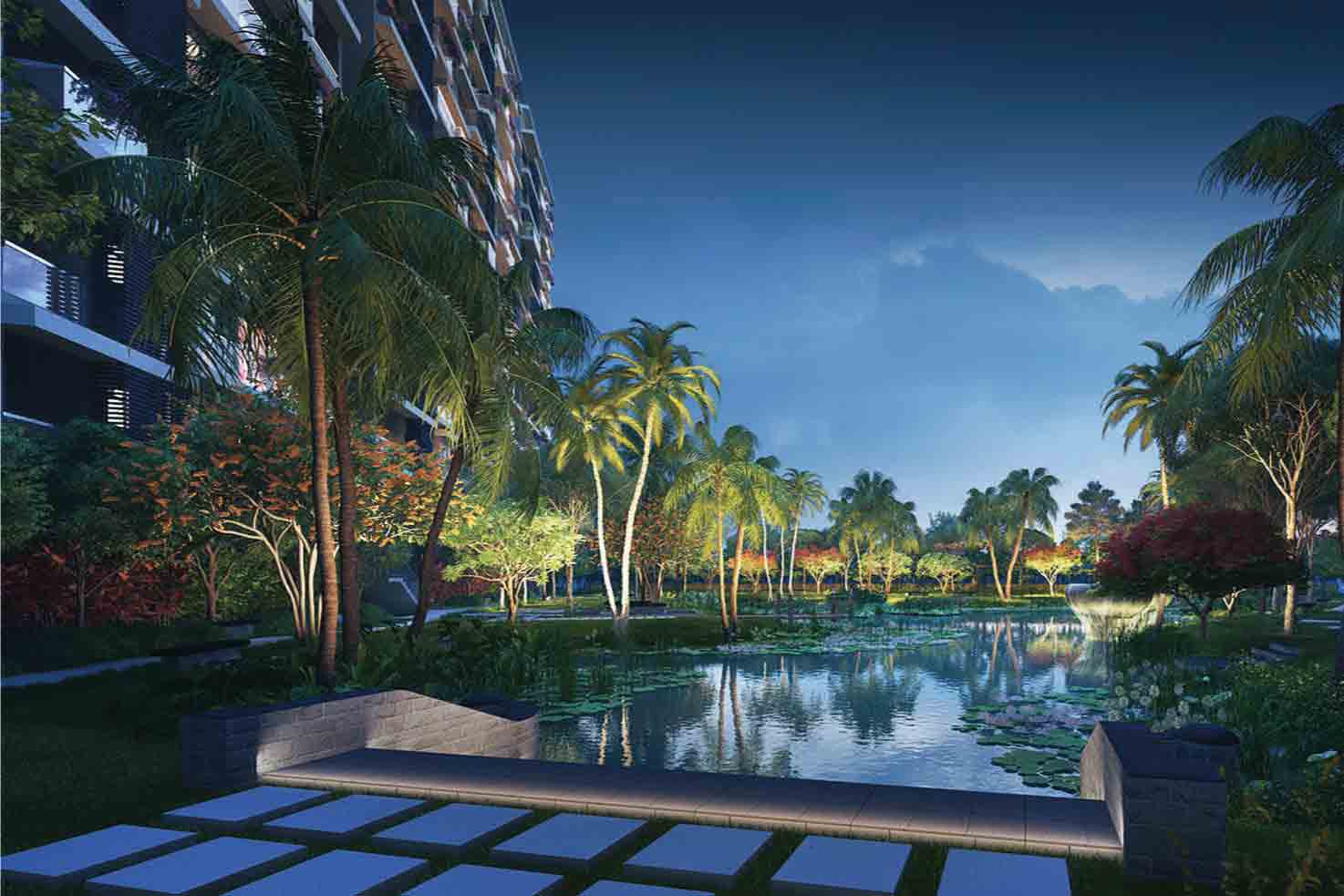 Why is investing in Real Estate Kolkata during COVID is smart?

The consequences of COVID-19 in the business sector have been unprecedented. It is no surprise that the pandemic has also severely impacted the real estate sector. Property sales came to a complete standstill during the March lockdown, and the anxiety among real estate developers has peaked as construction activities still haven’t completely resumed in some states.

On the brighter side, the pandemic gave rise to a few noteworthy trends in the real estate sector which cannot be ignored. High-value markets such as Mumbai, Bengaluru, and Hyderabad showed a different graph in comparison to the otherwise secondary market of Real Estate Kolkata. As mentioned by West Bengal’s finance minister— Amit Mitra, the state was at the top with GDP rankings, marking a 12.58% growth during the financial year of 2018-19. A  consistently growing market with a steady flow of major investments, increasing job opportunities, infrastructural developments, and upcoming residential projects in Kolkata, makes real estate at Kolkata a coveted investment option in the future.

With people forced to work from home, demand for home office spaces has witnessed a new high. Buyers are keen to invest in a home of their own, a trend that is especially common among millennials living in a shared apartment. Furthermore, many rent payers had to vacate the apartments, giving in to the pressures of the landlords asking to vacate. As a result, the demand for property sales also witnessed a rise during the period of COVID-19, owing to the growing uncertainties in the financial sector, the stock market volatility, among others.

Despite the prevailing circumstances, real estate developers in Kolkata—a long time underdogs in the real estate sector have come out victorious. Let’s discuss the reasons why Kolkata of all the high-value markets is a bullseye investment, especially during the times of COVID-19.

According to a survey by The Economic Times, Real Estate Kolkata reported an 11% growth. Besides, Kolkata has the largest market in Eastern India and has ranked above the major real estate market players such as Gurgaon, Noida, and Mumbai in terms of growth in the last 10  years. Furthermore, the survey also ascertains that Kolkata has the largest unsold inventories, especially due to COVID-19, despite which the market size ranks at number three after Bengaluru and Pune.

In rapidly growing urban cities like Mumbai, Bengaluru, and Hyderabad, the property markets yield a faster growth, in contrast to Kolkata’s steady graph in the real estate market, especially in the domain of residential properties. The impact-resistant characteristic of Real Estate Kolkata has been a crucial contributor to why major players from the realty sector are investing with real estate companies in Kolkata, particularly in the current slow-down trend of the market.

Real Estate Kolkata looks promising with the upcoming IT hub

Although Kolkata joined the bandwagon of popular IT city culture much later, today Real Estate Kolkata has become a preferred choice for IT corporations such as Cognizant, Infosys, TCS, and  Wipro, among others. The city is also becoming a preferred alternative for start-ups, thus contributing to the rise in the Kolkata economy. This change is followed by major infrastructural developments in the city such as East-West Metro, and proposed government projects such as  SEZ in New Town, thus adding to the market value of the city.

With other major metro cities experiencing market saturation, upcoming cities like Kolkata have  all the indicators of becoming a market favorite. Joka & New Town in Kolkata are among the top  areas with the maximum number of launches by developers. Owing to its proximity to the IT Job  Sectors in the region, residential projects in Kolkata new town, and other upcoming  residential projects in Kolkata insinuate a lucrative market for active investments like rent and  provides more scope for real estate projects Kolkata in the near future.

Kolkata is affordable than other cities

The pandemic has created a massive demand for mid-segment and affordable housing. This trend  is bound to boost sales in Real Estate Kolkata. Besides, housing interest has hit the lowest  level, which is bound to foster investment in real estate with the highest ROI. The lower interest  rates will also fuel demand for properties for sale in Kolkata.

Real estate developers are investing in low-inflated states like Kolkata, owing to the fluctuating  equity markets. This makes Kolkata a smart investment option during the pandemic period.

Furthermore, the Central Government along with the State Government of West Bengal is working on developing subsided plans like PMAY Scheme, and Nijashree Scheme. Such schemes are opening doors to affordable homes to all. Furthermore, major banks are also  reducing the rate of interest for different kinds of home loans, thus proliferating the launches of real estate projects Kolkata. “Major developers in Kolkata say their focus on affordable apartments has helped prevent the  price drops seen in other cities, though an unviable build-up of commercial space has led to a  plunge in rents and sales.”(Livemint)

Real estate companies in Kolkata are flourishing, especially with residential properties that  offer plenty of premium projects of affordable housing. Buyers can choose from a plethora of  ready-to-move-in flats. Real estate developers in Kolkata with unsold inventory are struggling  with a loss on sale margins, such projects especially lead to low prices and less GST, thus  making the present the best time to invest in upcoming residential projects in Kolkata.  Furthermore, the Nijashree Scheme introduced by the State Government of West Bengal adds  value to affordable housing for all.

In general, it is one of the best times to invest in real estate. The concept of work from home has  picked up in the COVID-19 phase and people are definitely seeing the benefits of owning a  house, rather than rented accommodation. The new normal of owning an office space at home  has surged the demand for buying premium 2bhk, 3bhk, and 4bhk  properties among middle-income and upper-middle income groups.

Furthermore, people are staying at home more than usual and for a longer period, therefore  appreciating and realizing the value of owning a house, thus adding to the business in general  and for real estate developers in Kolkata.

Support from the Reserve Bank of India is offering home loan interests at record low prices. RBI  has minimized the repo rate, thus contributing to benevolent interest rates. Besides, the  government has announced several fiscal packages, with other benchmark rates to fuel the sales  in the real estate sector.

On October 9, 2020, the RBI announced an unchanged repo rate at four percent and reverse repo  rate at 3.5 percent, the unanimous decision has been taken as long as the market stabilizes. As  per the latest developments made by the RBI, the risk weights on home loans have been  rationalized and have been linked only to Loan-to-Value (LTV) ratios. This has been an  encouraging motive for real estate developers in Kolkata and financiers to real estate companies in  Kolkata.

Additionally, in the post-COVID-19 times, erosion in the valuation of the stock market is likely.  This will further result in lower rates of fixed deposits. With home loans getting cheaper, and the  currency value of the rupee declining against stronger international currencies, it is also a good time for NRIs to engage in lucrative property buying. The NRI contribution will foster the  buying trend in the real estate sector.

With the uncertainty of how long the pandemic will prevail and what lies ahead, the offers in real  estate have escalated to a new high, a trend that was previously valid only as festive offers. If not  in the form of clear cut lucrative discounts, buyers can avail easy payment deals, complimentary  car parking options, among others. It is therefore the best time for buyers to invest in property as  the industry is looking at some of the lowest prices, along with various options with location and  budget bandwidths. Furthermore, there is also the possibility to buy ready-to-move properties at  prices so low which were previously witnessed only with under-construction projects.

Real estate is one of the largest employment building sectors in the country. Real estate Kolkata and real estate developers in Kolkata are hoping for more innovative measures and support from the Government. Should measures such as relaxation in policy rates, and curb in interest rates are effectively implemented in the realty sector at ground level, the overall cost of buying a property will reduce, thus stimulating the percentage of homebuyers, and its positive effects will be visible in the real estate market in the future.

You can also check out our vivid guide that helps you choose your ideal 4 BHK and 3 BHK flats in Kolkata.