Flats in Kolkata South: Check Out Localities and Properties 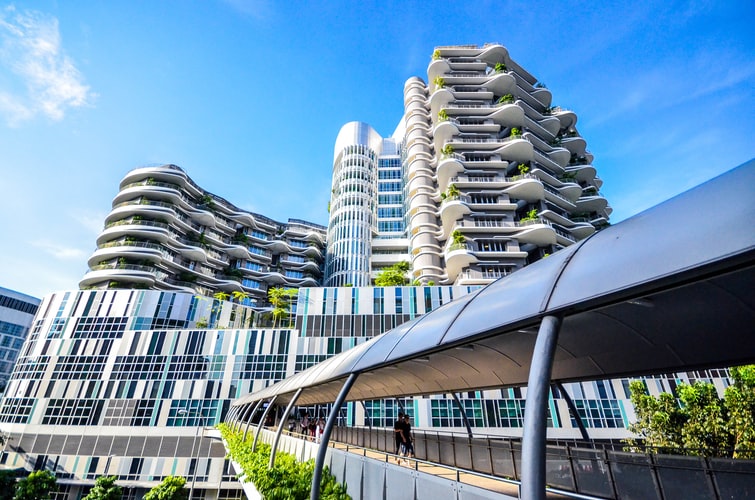 Flats in Kolkata South: Check Out Localities and Properties

When it comes to residential real estate in the city of joy few suburbs compare to the thriving neighborhoods of South Kolkata. Home to some of the most illustrious citizens of the country, bungalows, and flats in Kolkata South attract substantial buyer interest from homeowners each year. In this blog, we will explore prominent neighborhoods as well as noteworthy new residential projects in Kolkata south to help you pick your dream home wisely.

Flats in Kolkata South are spread across well-planned neighborhoods including but not limited to Ballygunge, Gariahat, Narendrapur, Bhawanipore, Alipore, Chetla, Kamalgazi New Alipore, Rash Behari, Garia, Kasba, Thakurpukur, Joka, Behala, Sonarpur & and Dhakuria. Properties in Kolkata South largely fall in the premium and luxury segment of the real estate industry & command a higher price with respect to other areas of the city. The locality is rich in civic amenities, featuring wide roads, lush greenery, and sparingly populated residential complexes which add to its appeal among interested buyers.

Bungalows, duplex complexes, and flats in Kolkata South are well-connected to the rest of the city through road, metro, and rail. Residents of flats in Kolkata South have the unique advantage of being located close to some of the best educational institutes, hospitals, dispensaries, public parks, and shopping malls in the city.

No location in Kolkata spells luxury like South Kolkata and in its midst, Bhawanipore stands out like the crown jewel. Bhawanipore is the entertainment hub of the city with the famous Indira cinema and Basusree theatre located squarely within the neighborhood. Considered as one of the most prominent neighborhoods, Bhawanipore is rich in social infrastructure and amenities, and some of the city’s best schools, colleges, and hospitals are located here. The locality has some of the most upscale real estates in Kolkata and some of the wealthiest residents in these lanes. If you’re looking to rub shoulders with the who’s who of Kolkata, buying flats in Kolkata South at Bhawanipore will give you an enviable address.

To many old-world industrialists, the city of Kolkata is synonymous with Alipore. Situated towards the west of Bhawanipore, Alipore is famous for its thick green cover and celebrated residents. Home to the Birlas, the Jalan, Goenkas, and other notable industrialists and bureaucrats, Alipore boasts of some of the most expensive pin-codes in the country. Many tourists flock to Alipore to visit famous landmarks such as the Victoria Memorial Hall, the Birla Planetarium, and the Botanical Gardens. All these attractions, the serene landscape, and the thriving hustle-bustle make this area a perfect neighborhood to build or buy a bungalow. Some of the more regal architecture in the city is located here, with a few stately bungalows averaging over 100 years in age. Flats in Kolkata South at Alipore and the newly developed New Alipore are among some of the most sought-after real estate in the country.

Another locality in Kolkata famous for premium real estate is Ballygunge, located in South Kolkata. The social infrastructure of this area includes many new malls and recreational zones making it an interesting settlement space for HNIs and successful professionals. Many young families looking for urban lifestyle amenities in Kolkata prefer Ballygunge due to its proximity to the Central Business District of the city. If you’re looking for luxury flats in Kolkata South, Ballygunge will be a top pick.

Many residential localities such as Garia and Kasba are located close on the heels of the mammoth EM Bypass. Boosted by the superior connectivity of this highway that runs through South & North Kolkata, Garia & Kasba feature budgeted flats in Kolkata south as compared to their Ballygunge, Bhawanipore & Alore counterparts. This locality offers a wide mix of traditional Bengali diaspora who have integrated well with the young professionals who inhabit the area.

A first of its kind residential development, Navyom offers the option of an extendable living room in 4 BHK simplex and 5 & 6 BHK duplex homes in the project. These exclusive garden homes are resplendent in appeal with a 22 ft tall living area, extra-large balconies, a large kitchen, a service yard with a separate room for your domestic help. You can find flats from 1.8 Cr. onwards.

Amenities: If you’re looking for flats in Kolkata south with resort-like facilities, you will find your match in Navyom. The lavish housing complex houses 40,000 sq ft of seamless leisure, luxuries, and athleisure amenities in the form of the first-ever sports arena with a separate sky turf within its gates. An Olympic length pool, exclusive health club, guest rooms, exclusive kids learning center are among some of the distinguished facilities created exclusively for the Navyom’s residents.

A home in PS Vyom is like building an abode in the lap of nature. In the property that expands over 7 acres, Vyom has over 1,00,000 trees and shrubs, a natural pond, and rich biodiversity to make your home a living experience that no other flats in Kolkata can offer. Vyom offers 3 and 4 BHK ready to move flats in New Alipore, to its residents for a healthy and enriching experience. The price of these luxurious homes ranges from 1.8CR to 3Cr.

Amenities: Vyom provides the largest range of amenities, activities, and important health care for its residents. There are 3 pools on the property including one for the children and a clubhouse, expanding over 31500 square feet, which offers concierge services to the residents. The housing complex also features a family jacuzzi, a yoga and meditation room, and a business center to provide all modern comforts to its urban residents.

The Reserve: Luxury flats in Ballygunge

The Reserve is poised to provide spacious residents loaded with unparalleled amenities and services upon completion in 2023. This multifaceted housing project offers 4BHK to 8BHK flats in Kolkata south squarely in the midst of the city’s most sought after location- Ballygunge. Offering premium amenities such as open green spaces, multi-level car parks, luxurious lobbies, and waiting areas, this location is a fit for anyone who might be in search of differentiated, luxurious flats in Kolkata.

If you’re looking at buying a home in the city of joy, investing in flats in Kolkata, South can prove to be the ideal residential destination for you. The connectivity, civic amenities, and innovative design functionality within upcoming residential projects in Kolkata can prove to be apt for future residence and investment. We would be delighted to give you a tour of our properties, kindly, write to us at [email protected] or call us at +91 33 6767 6767.

You can also refer to our blog “Flats in Kolkata: A buying guide for luxury, premium and affordable flat at Kolkata” for better understanding