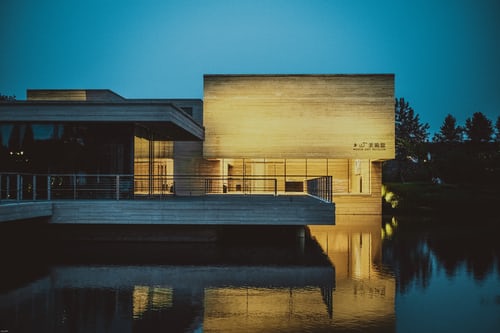 The comfort of staying in a well-connected home with ample access to centers of commerce and leisure cannot be understated. As urban citizens, most of us can only dream of living in a home that’s close to work, kids’ schools, popular malls and recreation centres. It’s the true essence of having a house that has it all. If you’re one of the lucky few to have invested in flats in EM Bypass Kolkata or are deliberating on the idea, you’re amongst the privileged lot who truly recognize this feeling!

Built in 1982, EM Bypass has led to the growth of the several neighbourhoods and cities along its 32 kilometer stretch. Flats in EM bypass have been attracting several home buyers due to the accessibility and connectivity offered by the highway which connects North and South Kolkata. Originally known to be the prime route between Salt lake and Newtown, the proposed metro line is going to further EM Bypass’s accessibility to all of east Kolkata.

The areas around EM Bypass Kolkata have witnessed immense property growth which has further led to a vibrant social infrastructure in the form of restaurants, civic amenities, educational institutions, healthcare facilities, thereby also making it an ideal place to live in.

These reasons have accelerated demand for flats in EM Bypass Kolkata so much so that adjoining areas have become a hotspot for property builders. Government initiatives have furthered the growth of this locality, which is why EM Bypass is home to a range of residential properties and hotels offering world class luxury amenities and services to its expanding population

Allow us to direct your attention towards the several facets of EM bypass as you decide the destination for your next investment.

Why invest in flats in EM Bypass Kolkata

Let’s take a closer look at the reasons why investing in property near EM bypass, Kolkata could be an exciting proposition for you

This 32 kilometre stretch from Ultadanga to Kamalgazi covers key areas such as Tangra, New Garia, Kayalpara, Dhapa thereby making the areas accessible to one another.

The stretch, to the west of Salt lake sector V, is also the key route between the financial hub of Salt lake and Newtown. The upcoming metro will not only connect the routes along EM Bypass but also connect the area to the neighbouring key districts of Rajarhat, Tollygunge, Kajarhat, Howrah and Ballygunge. Hence, travel across EM Bypass is only going to get easier; the highway is poised to improve access to far-off destinations such as Newtown and Howrah. Newtown is home to several commercial hubs and economic parks; professionals working in the area prefer to live in and around flats in EM Bypass.

The metro shall also boost the economy of the region and further develop the social infrastructure of the region. The gradual development of the region might also prove to be a lucrative investment; many homebuyers consider the purchasing resale flats in EM Bypass.

As of January of 2020, the Kolkata Metropolitan Development Authority has also created a preliminary detailed project report to build a flyover from EM bypass Kolkata to Newtown via Salt Lake. Purchasing a flat in EM bypass will not only make the commute easier but also help you to stay connected to the major cities in Eastern Kolkata.

EM bypass is close to several recreational areas in east Kolkata, thereby making hot spots in the area easily accessible. The northern area of the stretch is in close proximity to places like Salt lake stadium and Science city. Science City is a popular and developed locality that boasts of modern infrastructure and recreational amenities for kids. Due to these attractions, many people search for flats for sale near science city. If you have a similar requirement, you must consider PS Anassa, a lavish residential complex offering 4 and 5 BHK flats for sale near science city, located at a distance of 2 kilometers from science city. The 50,000 acre property plans to offer luxury flats to its residents while also providing world class amenities such as an indoor library, an infinity swimming pool, etc amidst landscaped gardens and natural ponds.

Some of the prominent hotels in the area include ITC sonar, JW Marriot and Hyatt residency. Apart from tourist destinations, EM Bypass Kolkata is a distinguished hub for foodies, home to several fun restaurants which offer a range of cuisines from Indian, Italian, continental, middle-eastern and Portugese delicacies! Moreover, there are several malls in the area too such as the City Centre near Salt Lake City and the South City Mall near the southern stretch of EM bypass.

Due to this booming social infrastructure, there has been a steady rise in demand for flats in EM bypass. If you’re looking to invest in property- EM Bypass, Kolkata is where you need to head!

There are adequate health care facilities and educational institutes for the residents residing in flats in EM Bypass, Kolkata. There are plenty of schools and colleges in the area where residents could enroll their kids without them having to undertake back-breaking journeys. Don Bosco, Calcutta International, and La Martiniere are some of the important schools in the area. There are several Montessori’s such as Delhi Public Kid’s school or Oxford house school for the young ones amongst many others.

Top colleges in east Kolkata such as Jadavpur University, Calcutta University and St Xaviers are a half-hour drive from EM Bypass. Apart from the famous universities, colleges such as Techno India in salt lake and Netaji Subhash Chandra Bose engineering college are also located near EM bypass Kolkata.

Hospitals and health care facilities are spread across EM Bypass to take care of any kind of emergencies. Some of the well-known hospitals in the area include- Peerless hospital, Fortis health care, North city hospital, Medica superspecialty hospital. Be rest assured as all your needs from food to health care, can be taken care of here in EM bypass.

Expect nothing short of world-class amenities and ample space alongside your new home in EM Bypass developed by PS Group. Flats in EM bypass have been constructed amidst beautiful properties and wide spaces guaranteed to make you feel calm and at ease. The properties are equipped with all the basic amenities and more. Apart from the swimming pool, gyms, parks, basketball courts, we at the PS group, have taken a step further to provide our residents with world class amenities which are more than just recreational areas.

With Aurus we have created a 40 meter pool for our residents along with a sky lounge atop the 374 feet property.  Anassa shall have a landscaped garden, a natural lake for fishing, infinity pool and even a library for their residents. We also plan on creating a business lounge for those who might have to work from home and need an adequate area to function properly. Not to mention the indoor play areas and ample courts for sporting activities which both the properties shall have.

If you’re looking for flats near EM Bypass look no further, for Aurus and Anassa by the PS group could be just what you are looking for.

EM Bypass is an up and coming neighborhood that has seen a steady rise in property rates over the years. Investment in a 2 or 3 BHK flat for sale in EM Bypass Kolkata, would fetch you great returns. For instance, the rent of a 2 BHK flat in EM bypass ranges from 20,000 to 25,000 Rs. and if you are looking at resale of your flats the price of a 2 BHK flat would fetch you anywhere between 40 to 60 lakhs. The rent rates of flats in EM bypass too have seen a steady rise over the past few months, further inducing higher returns.

Aurus near EM bypass overlooks the Mirania lake and is spread over 50,000 square feet. The 34 storey property is home to world class amenities crafted to ensure that every need and preference for our valuable residents are met. Some of the amenities which stand out are a 40 meter swimming pool, a sun deck and a sky lounge atop the 374 feet property. There are several recreational areas for the residents such as- indoor and outdoor play areas, a badminton court, a tennis court etc. Aurus offers 3, 4 and Duplex semi furnished and air conditioned tall and wide spaced apartments.

We at the PS group have undertaken this project to create a paradise and offer 6-star living to the residents of Kolkata. The 34 storey property shall have 162 crafted apartments and double-height homes which give a fitting welcome to the residents. The property plans on having world-class amenities including a library and a business lounge for the residents to work in. Anassa plans to offer its future residents 4 and 5 BHK luxury apartments.

Find your next home at EM bypass Kolkata

EM Bypass offers an exciting opportunity for homebuyers who are looking for the next destination for their families. The flats in EM Bypass offer world-class amenities and due to the proximity to the stretch are in close proximity to most of the important destinations of the area. The upcoming metro line and the existing connectivity makes EM Bypass the lucrative destination it has become. Several properties have been built here and continue to do so while restaurants and other leisure centres are responding to the increasing population by setting shop here. EM Bypass has everything you are looking for and is set to become the prime spot in east Kolkata. If you would like to know more about The Soul, please reach out to our sales team at [email protected] or call us at +91 33 6767 6767 to get a quote today.