Flat At Kolkata for Sale: Top 6 Localities To Consider 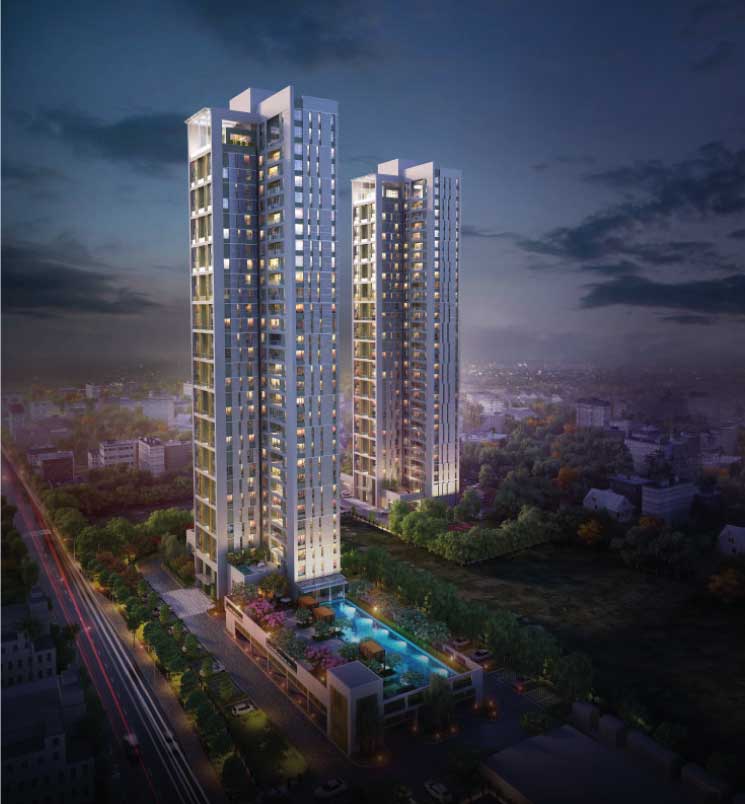 Flat At Kolkata for Sale: Top 6 Localities To Consider

The real estate market in Kolkata is witnessing exponential growth and investment. According to the Home Purchase Affordability Index, Kolkata is the most affordable residential real estate. Kolkata witnessed a significant jump in launches with 1,625 units getting launched in Q3 (across prominent residential micro-markets of Salt Lake and New Town in the north-east and Barrackpore in the northern quadrant of the city), compared to just 427 units in the previous quarter. Mid-segment projects continued to account for the majority of the share (50%) in quarterly launches, followed by affordable (41%) and high-end (10%) segments, says, Cushman & Wakefield (NYSE: CWK)

If you’re trying to decide where to buy your flat at Kolkata for sale, you’re in luck. Here are the top six localities you should be considering for real estate investment in Kolkata:

Newtown Kolkata is a fast-growing IT hub with modern-day amenities in the eastern part of the city of joy, Kolkata. Unlike most new areas in the country, which develop in a haphazard manner, Newtown Kolkata has been well planned under the New Town Kolkata Development Authority. Its design has been done keeping sustainability initiatives in mind.

Several IT giants have planned their offices in the IT parks here. This area is fast becoming an emerging landmark for families who want to be close to their workplaces and yet be surrounded by state-of-the-art facilities for their contemporary families. This reason makes New Town a hot favorite among youngsters and couples looking for a flat at Kolkata for sale.

It lies in close proximity to the IT parks in New Town Action Area I and II as well as Salt Lake. The area is also close to the international airport and has a lot of premier hotels and shopping complexes. Rajarhat in the neighborhood is a commercial hotspot. It is connected to the rest of the city through a network of well-built roads including Biswa Bangla Sarani Road (NH 34), Rajarhat Main Road, New Town Road, and Aliah University Road. The upcoming Yellow Metro line will further enhance the connectivity.

You can check out The Soul, Amistad, One10 if you’re looking for flats in Newtown.

Joka is an upcoming area in the southwest of Kolkata and is primarily known for housing one of the country’s most premium educational institutes – IIM Calcutta. It is located near Behala which is one of the industrial hubs of the city. It is well-connected by the Diamond Harbour Road, James Long Sarani, and Mahatma Gandhi Road to the commercial hubs of central Kolkata like BBD Bagh, Park Street, and Esplanade, which are all an easy drive away. Even the IT hubs of Salt Lake Sector V and Newtown can be reached easily. The soon to be ready Metro Line 3 will increase the connectivity of the area. It is featured on many of the city’s bus routes. Some prominent neighborhoods of Joka are Thakurpukur, Pailan, Sarsuna, and Barisha.

This area has plenty of residential localities, retail options and food chains. Several hospitals and schools offer excellent services to the residents of the area.

You can check out The 102  if you’re looking for flats in Joka.

Salt Lake is the new face of Kolkata. It is a lively neighbourhood that balances IT parks with actual parks. It is home to Salt Lake Central Park, which is popular for day trips and birdwatching, Nicco Park, which is fun for the whole family with its amusement rides, and Salt Lake Stadium, which hosts the city’s ultra-popular football matches.

Salt Lake Sector V houses some of the biggest names in IT in India today. Clustered around the offices are a variety of restaurants that will satisfy all palates and wallets as well as bars. The area also has a wide variety of premier schools, hospitals, malls, and other entertainment options. It is a good place for people looking to strike the right balance between nature and modern conveniences.

It is well-planned and well-connected to other parts of the city through the EM Bypass and NH-34. The Bidhan Nagar Railway Station offers a rail connection and the international airport is a short drive away.

You can check out Panache if you’re looking for flats in salt lake.

EM Bypass is one of the most important roads in Kolkata that connects the older parts of the city to the newer and more upcoming modern areas of Salt Lake, Newtown and Rajarhat. It is part of the state highway and therefore is well-connected to all other road networks in Kolkata. Workplaces located in these IT hubs as well as those located in Kasba Industrial Estate and Behala Industrial Estate and well connected to the EM Bypass are an easy commute.

This area has a good mix of residential estates, commercial squares and office parks as well as shopping areas and high end hotels. With more and more premier establishments choosing to locate themselves in this area, EM Bypass is fast becoming the highway to new Kolkata.

You can check out Aurus and Anassa if you’re looking for flats in EM Bypass.

Ballygunge-Beliaghata is one of the most prominent residential areas of Kolkata. It is located in the center of the city. A well-constructed network of roads easily connects this part of town to every other. Beliaghata Main Road is considered one of the lifelines of the city and connects the EM Bypass to central Kolkata. The area is close to Park Street and Kankurgachi, both vibrant commercial areas which put you right in the heart of the city of joy. This area is a good balance between the old-world charm of Kolkata and more modern comforts.

Owing to the road connections, this area is one of the most well-connected by public transport with a host of options available including the bus routes and metro lines. The International Airport and Sealdah Railway Station are also easily reachable. There are a ton of leisure and entertainment options here including malls, multiplexes, restaurants, hotels and showrooms. Premier hotels like ITC Sonar Bangla and Hyatt Kolkata are some examples. Since is it mostly residential, you will find plenty of reputable schools, colleges, and hospitals in this area.

You can check out Jiva if you’re looking for flats in Ballygunge.

New Alipore, located just south of Alipore in Kolkata, is a planned residential suburb which has been developed attentively over time. The nearest neighborhoods to New Alipore are Behala, Tollygunge, and Kalighat. Offices located in Rabindra Sadan, Bhawanipur, Park Street, Camac Street and BBD Bagh are an easy drive away.

The area is connected to all other parts of the city including Central Kolkata and the IT hubs of Salt Lake and Newtown. By road it is connected through the Diamond Harbour Road, B.L. Saha Road, Durgapur Bridge, James Long Sarani and New Alipore Road. It has two railway stations – the New Alipore Railway Station and the Majerhat Railway Station. It is also connected by an extensive bus station network and the Blue Metro Line.

You can check out Vyom and Navyom if you’re looking for flats in New Alipore.

We hope we’ve helped you in your search for not just the perfect neighbourhood, but also for houses in Kolkata for sale. So if you’re looking to purchase a flat for sale in Kolkata, please feel free to reach out to our sales team at [email protected] or call us at +91 33 6767 6767 to get a quote today.

Which is the most posh area in Kolkata?

Alipore in South Kolkata is the poshest area in the state, with Ballygunge coming in as a close second.
Alipore enjoys excellent connectivity and is home to several old residences which tend to drive up the prices of the flats. Moreover, several famed dignitaries and industrialists, bureaucrats live here. The average price per square foot of a flat here is approximately Rs 12000.
Ballygunge too fits the bill for its posh residents which mostly include non resident Indians or individuals with a relatively high net worth.

In which areas of Kolkata, I can buy ready to move in flats?

Kolkata has had a real estate boom in the recent past that has led to many quality real estate properties being constructed. As a result, there are many ready to move in flats that are available in the city at present. Most of these flats come in configurations of 2, 3 and 4 BHK apartments. These properties also come packed with top of the line amenities like gymnasiums, swimming pools, CCTV surveillance systems, etc. Many of these developments are located in the newer areas of Kolkata like New Town, Salt Lake, Rajarhat and EM Bypass which are close to the city’s IT parks and other employment hubs. There has also been a resurgence in other parts of Kolkata with modern societies being constructed in areas like Joka, New Alipore and Beliaghata which are closer to the city centre and also have ready to move in flats.

Which society flats are available for sale in Kolkata?

PS Group is a trusted real estate developer in Kolkata with many quality constructions in various parts of the city that offer society flats for sale. PS Group prides itself in constructing quality flats with a host of amenities, and balancing that with affordability so that it is a realistic option for young professionals with new families. Our properties in various parts of the city have buildings built with sustainability concerns kept in mind, and state of the art amenities like gymnasiums, swimming pools, landscaped gardens, CCTV surveillance, etc. all available within the premises. These flats range from 2 BHK all the way to 6 BHK apartments. Many are located in the newer parts of the city like One10, Amistad and The Soul available in New Town, Panache in Salt Lake, and Aurus in EM Bypass. There are also flats in upcoming areas like Vyom and Navyom in New Alipore and The 102 at Joka.

Where can I buy flats in Kolkata?

Kolkata has had a real estate boom in the recent past that has led to many quality real estate properties being constructed. As a result, there are many ready to move in flats that are available in the city at present. Most of these flats come in configurations of 2, 3 and 4 BHK apartments. These properties also come packed with top of the line amenities like gymnasiums, swimming pools, CCTV surveillance systems, etc. Many of these developments are located in the newer areas of Kolkata like New Town, Salt Lake, Rajarhat and EM Bypass which are close to the city’s IT parks and other employment hubs. There has also been a resurgence in other parts of Kolkata with modern societies being constructed in areas like Joka, New Alipore and Beliaghata which are closer to the city centre and also have ready to move in flats.

Where can I invest in Kolkata?

Kolkata has many great investment opportunities. Real estate in Kolkata has had a boom in the recent past for several reasons. One reason is that many centrally located neighbourhoods in Kolkata are up for redevelopment. This means that areas like EM Bypass, Ballygunge, Beliaghata etc. have many new properties with numerous amenities available for sale. Secondly, the suburbs of Kolkata have gone through massive development and growth. Many areas such as Rajarhat, Salt Lake and New Town are fully developed and have in-demand properties on offer. The third reason is that compared to many cities like Mumbai, Kolkata’s real estate market is relatively affordable, especially for the quality of construction. Thus, buying a flat in Kolkata is an excellent investment. PS Group is one of the most trusted developers in Kolkata and balances quality with affordability. Our properties have been built keeping sustainability concerns in mind and with state of the art amenities like gymnasiums, swimming pools, landscaped gardens, CCTV surveillance, etc