Price of Flats in Kolkata: Cost/sq. ft according to Locality 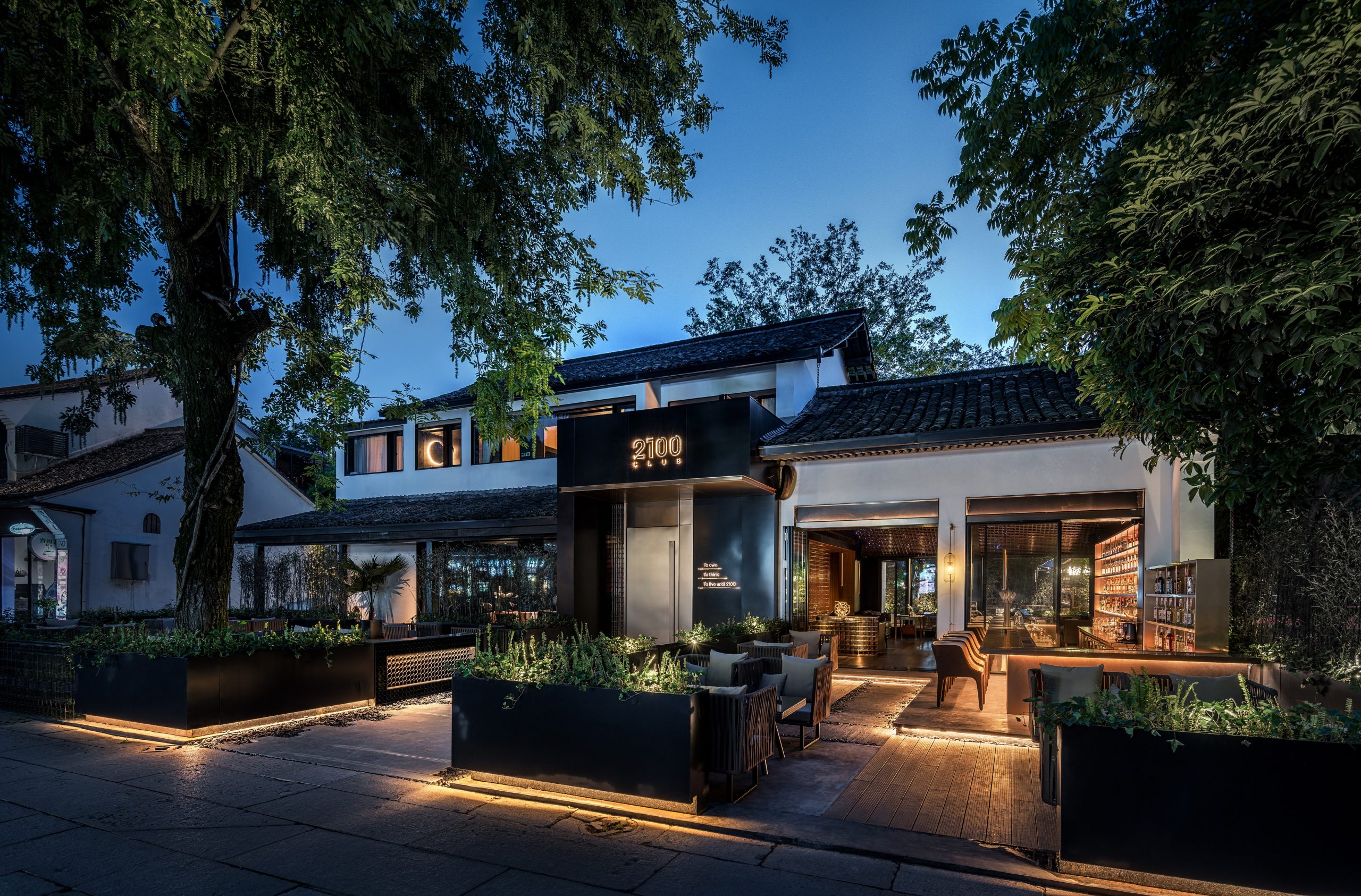 Check the price of flats in Kolkata according to the locality

Sales of homes and apartments made a good recovery in July-December 2020 after witnessing a historic low in the January-June period. One of the adversities of the 2020 lockdown led to zero sales in April and only a few sales in May and June. However, the necessity of a home in the wake of the pandemic boosted sales and pushed up the price of flats in Kolkata in the October-December quarter. Furthermore, the pent-up demand for homes also added traction to the otherwise sluggish movement of flat for sale in Kolkata from the first quarter in the real estate business of the country.

According to international property consultant Knight Frank, the price of flats in Kolkata was affected as the city’s real estate sector recorded a whopping 79% growth in bookings in October-December 2020. The revival of sales and the comparatively lower number of new launches in the second half of 2020 additionally led to a 14% decline in inventory. Furthermore, post-pandemic, real estate developers were apprehensive about sales and focused majorly on ongoing projects. This further has reduced inventory and also led to price correction in the market. Real estate experts predict the demand for homes will remain firm in the coming months. The trend further shows an upward price correction around July-September 2021.

Kolkata has the largest market in Eastern India and the city’s real estate business ranks above the major property markets such as Gurgaon, Noida, and Mumbai in terms of growth in the last 10 years. If you are looking for low price flats in Kolkata, perhaps this is the best time to invest in real estate.

Although Kolkata has recently joined the bandwagon of popular IT city culture, today the city is a preferred choice for IT corporations such as Cognizant, Infosys, TCS, and Wipro, among others. This superfluity of major infrastructural developments in the city such as East-West Metro, and proposed government projects such as SEZ in New Town, is adding to the market value of the city. In the light, Baruipur, Behala, Barasat, Joka, Garia, Sonarpur, Rajarhat, New town, Madhyamgram, and Howrah have become prime hotspots for expansions of real estate housing projects in kolkata and most searched places for low price flats in kolkata.

Price of flats in Kolkata according to the locality

If you are in the process of buying a house and checking the price of flats in Kolkata, you have come to the right place, we have listed down the price trends for some of the promising residential localities in Kolkata—

Flat for sale in Newtown

Developed as a smart city, this northern suburb of Kolkata not only has high-end residential units close to two major roads— the EM Bypass and the VIP Road, the area also has good connectivity to bus and other public transport services. Covered by New Town Kolkata Development Authority, the area boasts of commercial properties, clubs, business parks, and offices of top-notch companies like Tata and DLF, making New Town an ideal concoction of residential and commercial developments.

Being a major IT industrial hub, the price of flats in Kolkata New Town, especially for 1 BHK apartments, falls in the price range of 21.5 lacs— 30.8 lacs, depending upon the carpet area. Moreover, there is no dearth of luxury flats in New Town, with builders eyeing the location for its extreme value.

New Town especially has high demand from millennial out-of-state IT professionals. Furthermore, rapid urbanization and the focus on creating smart cities and the proximity to the place of work foster the demand of the area. The price of 3 BHK flat in Kolkata, New Town will cost you from Rs. 50.33 Lacs— Rs. 72.99 Lacs depending upon the built-up area. 3, 4 bhk flats in New Town also cost Rs. 1.3 Cr. with a carpet area of 1,918-1980 sq.ft. with Rs 6777/sqft. Super luxurious 5 BHK flats in New Town cost 1.5 Cr. onwards.

Flat cost in Kolkata in Bansdroni

With the proximity of Masterda Surya Sen Metro Station and the emerging development of housing complexes in the area, the price of flats in Kolkata Bansdroni is anticipated to rise in the near future, considering that the property prices in the locality have also doubled from the last five years.

Flat for sale in Kolkata in Kestopur

Kestopur is also among one of the preferred residential localities in Kolkata. The proximity of the area to employment hubs like Salt Lake and New Town adds to its advantage. Furthermore, the area is connected to Kestopur within a radius of 8 km. With the work of the new bridge over the Kestopur canal and the expected shorter commute to prominent areas such as New Town and Salt Lake, the market value of the area is expected to improve.

Flat for sale in Kolkata in Baguihati

The area is majorly popular among the lower-middle class strata and hence offers low price flats in Kolkata. Furthermore, the four-lane flyover connecting EM Bypass to VIP Road and the proximity of several schools such as Calcutta High and North Point Sr Sec School located along VIP Road is adding to the popularity of the locality.

Flat cost in Kolkata in Ballygunge

Ballygunge is a notable upmarket and one of the best preferred residential localities for houses in Kolkata.  If you are looking for ‘kolkata bungalow price’, look no further. The area is well-connected to Kalighat Metro Station, taxis, and bus. Furthermore, with top-ranked schools in propinquity like Army Public School, Modern High School, and South Point High School, this locality of South Kolkata is most coveted among homebuyers with families and has some of the highest price of flats in kolkata.

Cost of flats in alipore

For those looking to live in arguably the most celebrated neighbourhood in Kolkata, nothing comes close to Alipore. Located bang in the centre of South Kolkata, Alipore is popularly associated with having the most expensive pin-codes in the country. Home to wildly-successful industrialists and bureaucrats like the Birlas, Goenkas, Jalan, and Mittals, Alipore is famous around the country for being home to the accomplished elite. Alipore is the epitome of luxury living in Kolkata and is known for its stately mansions with picturesque courtyards among its many residential real estate attractions. Price per square feet 11,300-15,700.

Lying just south of Alipore, New Alipore is well connected to all parts of the city – the old and the new through a well-planned road and rail network. Developed as a planned residential suburb under the Kolkata Metropolitan Development Authority in the 1950s New Alipore is one of the easiest to access locations with posh residential bungalows, new multi-storey residential apartment complexes, public parks, and shopping complexes.

Located in East Kolkata, Eastern Metropolitan Bypass, popularly known as EM Bypass is the largest highway running across the lateral geography of the city connecting many arterial suburbs along its path. This ease of travel has elevated the status of residential complexes located on and along EM Bypass, making it one of the most sought-after destinations for properties in Kolkata. These posh and upscale homes are surrounded by new 5-star hotels, shopping complexes, along with easily accessible office buildings located right within the vicinity. Price per sq. ft. 5920 – 8000.

Flats in Salt Lake: Salt Lake City or Biddhannagar is a thriving IT hub with access to arguably the best infrastructure and civic planning in all of Kolkata. In fact, there is a popular opinion among leading real estate developers in Kolkata that flats in Salt Lake City fly off the shelves themselves! The demand for flats for rent in Salt lake is robust while demand for flats for sale in Salt Lake among IT professionals, newly married couples and young families, has consistently pushed property up in the last decade. price per sq. ft. 6500 – 7500. You can find spacious 4BHK and 5BHK homes located between Ballygunge and Lake Town on EM Bypass at PS Anassa and PS Aurus.

Apart from the above-mentioned localities, Mukundapur, Lake Town, Kalikapur, Patuli, Dum Dum and Kasba are also gaining prominence in the residential sector of real estate Kolkata.  In general, with the city refurbishing to several civic and social infrastructure developments, and upcoming projects of metro lines in the works, marked by the presence of schools, and healthcare institutes, retail malls, shopping complexes, residential localities, the price of flats in kolkata is adequately endowed with social infrastructure promising healthy returns on rental investments.

The real estate business in Kolkata is flourishing, especially with residential properties offering plenty of premium projects in the affordable housing segment. Homebuyers have a plethora of choices for ready-to-move-in housing units. Furthermore, real estate developers in Kolkata with unsold inventory are struggling with a loss on sale margins, such projects especially lead to low prices and less GST, thus it is the best time to invest in real estate in Kolkata. With this definite shift in end-user preference, home buyers are looking for bigger accommodations. Maximum traction is therefore visible in ready-to-move-in flats in Kolkata in the Rs. 50 Lakh INR segment.

Know the different price of flats in Kolkata to choose right

Real estate redevelopment deals have seen a surge in Kolkata. Residential structures built till the late 60s have been replaced by high towers, a trend especially notable in posh localities like Ballygunge, Bhowanipore, Gariahat, Alipore, and Park Street. Furthermore, with no space in the main city, homebuyers are preferring areas like Rajarhat and Baranagar. North Kolkata has contributed to maximum real estate launches.

You should also refer to our blog “Property Valuation Kolkata: Developed vs. Developing Localities“