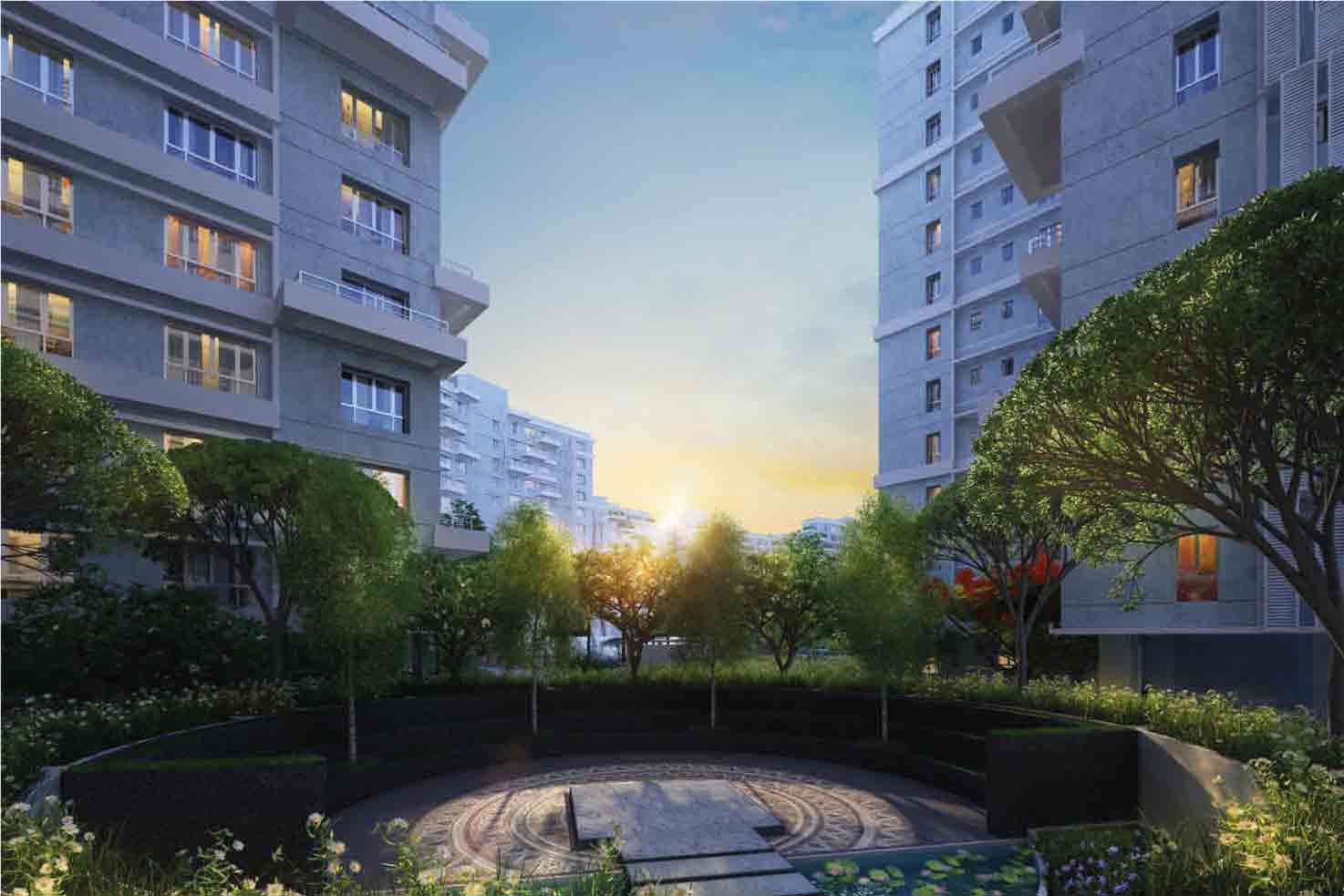 New Alipore in the southern part of Kolkata is a well-planned and well-established neighbourhood. Lying just south of Alipore, New Alipore flats are well connected to all parts of the city – the old and the new through an extensive road and rail network. It was created as a planned residential suburb under the Kolkata Metropolitan Development Authority in the 1950s. And today, it is one of the easiest to access locations with posh residential bungalows, new multi-storey developments and shopping complexes and clubs galore. It is a fine blend of the old and the new, which makes it exactly like Kolkata itself. Here the India Government Mint was established in the 1930s by the British and the Centenary Port Trust Hospital was built in 1971. And today it is home to the finest malls and restaurants and residential complexes with all the amenities one could dream of.

New Alipore Flats: Why to buy flats in New Alipore

While investing in property is always a stressful prospect, investing in a residential property in New Alipore makes so much sense, it reduces that tension a little. The reason is the location. The most famous maxim of real estate says that the top three things to keep in mind while buying property are location, location, location. Nowhere in Kolkata does that hold more true than in New Alipore. No matter where one works in Kolkata, living here will mean that you will be well connected. Let us get into more details about why buying a flat New Alipore is such a good choice.

New Alipore is bound by the Diamond Harbour Road in the west and the BL Saha road in the east. The other major roads passing through the area are the Durgapur Bridge, James Long Sarani and the New Alipore Road. These roads effectively connect New Alipore to Central Kolkata as well as the upcoming IT suburbs of Salt Lake City and New Town through the AJC Bose Road and Maa Flyover.

These upcoming IT hubs are host to some of the biggest international companies like TCS, Deloitte, Ericsson, Cognizant, Capgemini, etc. And from New Alipore, they are an easy drive away. In Central Kolkata on the other hand, offices in neighbourhoods such as Rabindra Sadan, Bhawanipur, Park Street, Camac Street and BBD Bagh, which are home to several prominent government and private sector Indian companies like ITC, Tata Tea, Exide, CBI, PWD etc. are also a short commute.

Other forms of public transportation like buses and taxis are easily available throughout New Alipore.

There are plentiful opportunities for leisure and recreation in and near New Alipore. The New Alipore Market Complex is a one-stop shop for everything from everyday items to the purchase of one-off luxuries. If you’re after multiplexes, showrooms, and dining options, look no further than the impressive South City Mall where you can easily spend a whole day with your family. For those interested in sports and those looking for something a little more defined, the Tollygunge Club which was established in 1895 and is a piece of Kolkata history, is for you.

There are many premier education options for students in the area. The New Alipore Multipurpose School, St. Joseph and Mary’s School, DAV Public School, Lakshmipat Singhania Academy and Sri Sri Academy are just some of the popular options.

New Alipore is also closely located to some of the most eminent healthcare and medical research facilities.  The Calcutta Medical Research Institute or CMRI as it is more popularly known is located here. Also present are the BP Poddar Hospital and Medical Research and the Woodlands Multispeciality Hospital.

Properties, especially flats in New Alipore are strategically priced and available at comparable rates to similar areas in Kolkata. Many new properties with luxurious amenities are coming up in the area. As we get more and more ready to move flats in New Alipore, the property prices will scale up.

The most common types of properties for sale are multi-storeyed apartments. The most common configuration of flat sold is 3BHK. Prices range from 4,500 to 8,000 per square foot in this area.

The major cost differentiator between properties is the amenities, architectural considerations and sustainability initiatives offered by the developers. If you are looking for properties that fulfil all three criteria, you should look at properties that cost upwards of 7,000 per square foot.

If you’re looking to buy a property to rent to others, then New Alipore is a lucrative choice. Most of the renters in this area are looking for 2BHK or 3BHK flats for rent in New Alipore. The connectivity of the area makes it appealing for young working professionals with growing families. Most renters here pay upwards of 22,000 in rent per month. This area is on its way to becoming a hotspot with more and more interest in flats for rent in New Alipore Kolkata.

Although not as common as gated multi-storeyed complexes, a lot of people are looking to buy independent bungalows in New Alipore. These are available in all sorts of configurations from 2 BHK to 6 BHK. Many come with common amenities such as swimming pools and clubs. If you prefer detached and independent living, then it is the perfect choice for you. However, if you would prefer to live in a gated community with a host of amenities, there are many more options available for New Alipore flats.

Upcoming Flats for Sale in New Alipore by the PS Group

There are many residential properties in Kolkata that master one aspect of luxurious living. Rarely do you find a home that is the pinnacle of luxurious living – homes that do not compromise on anything and make all the possibilities available to their residents. Navyom in New Alipore Kolkata is one such place. Everything you can think of is available here. In fact, at Navyom we redefine the concept of luxury itself.

There are many firsts at Navyom. It is the largest residential park in all of Alipore and New Alipore. It features Kolkata’s first expandable homes. It has the first ever sports arena with a separate sky turf in a residential project in Kolkata.

Navyom has 292 crafted apartments available as 4 BHK simplex and 5 BHK and 6 BHK duplex homes. Within the complex 40,000 square feet of leisure activities. There is an Olympic size swimming pool, indoor and outdoor Jacuzzis, lawn tennis courts, forest trails, cabanas and landscaped gardens – and many more.

It is hard to find another place like Vyom, and not just in Kolkata. That’s because Vyom has been designed like a nature resort in the middle of the busy city. It is home to over 1,00,000 plants! The green spaces here far outnumber the built-up area.

The complex has 323 flats as well as 17 exclusive garden homes and duplexes with triple height balconies. All homes are air-conditioned and semi-furnished.

Vyom has 3BHK and 4BHK flats for sale in New Alipore.

Because of its connectivity and prominent location, New Alipore is fast becoming the residential area of choice for contemporary families in Kolkata. It has many new posh residential projects in development and the interest in buying New Alipore flats is spiking. People want to live here because of easy commuting, places of interest in the area and the environment and ambiance. Buying a residential property here promises great value and return to the smart investor. If you are looking for a luxury or a premium flat in New Alipore, call us and we will be happy to give you a tour of Vyom and Navyom properties.

You can also check out our blog “Looking for ready to move flats in New Alipore: We bet Vyom is all you want“