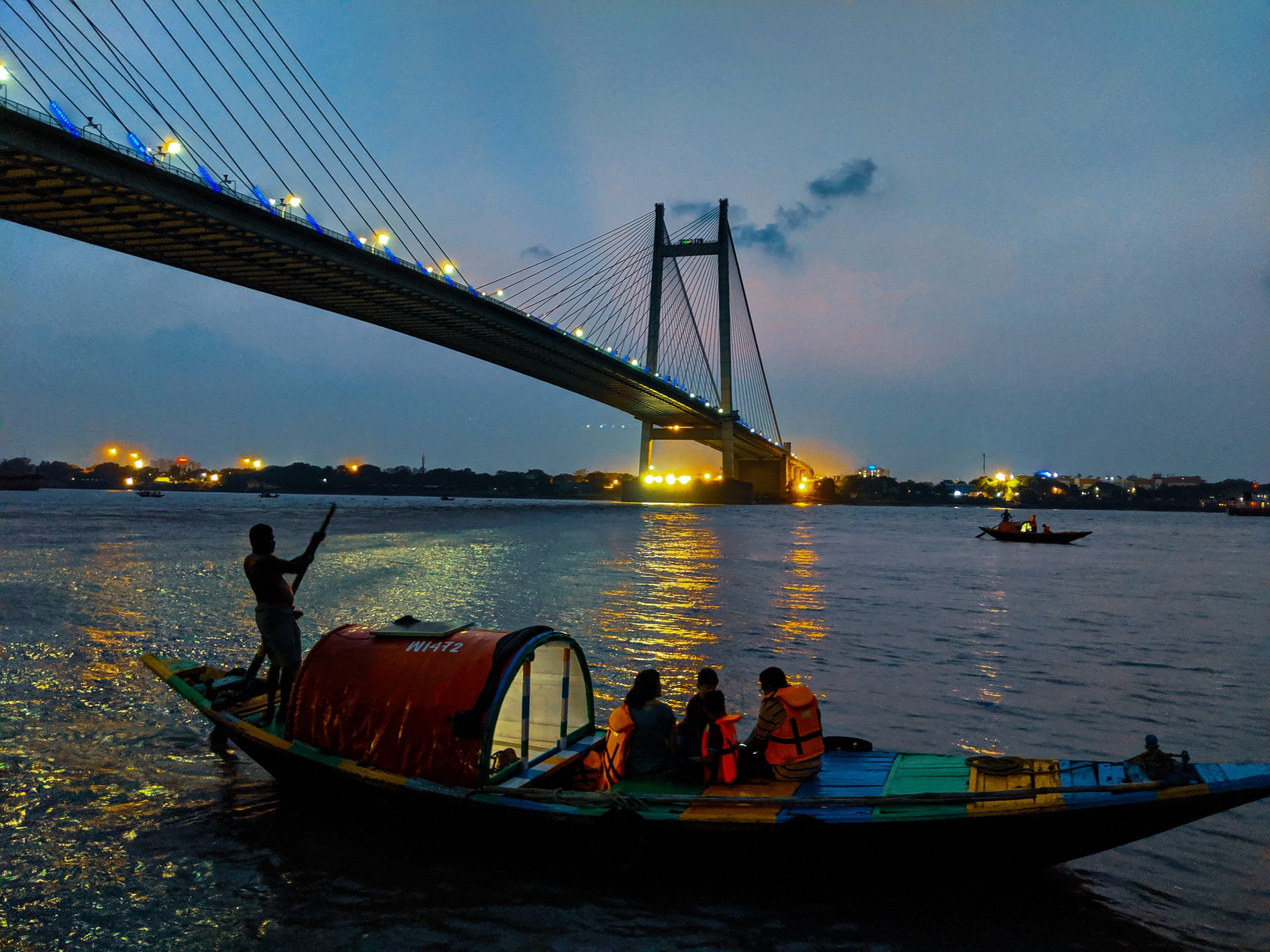 The word “Bengali” evokes various emotions and is another word of culture, art, music, food, cinema, and everything associated with life’s finer aspects. As the famous maxim goes, “What Bengal thinks today, India thinks tomorrow.” A Bengali is considered an intellectual leader during British rule. In fact, various ‘addas’ are seen in Kolkata flats, coffee houses, libraries, and city hall, where the intellectual crowd engaged in a heated debate.

One of India’s most historic and cosmopolitan cities, Kolkata has been at the centre of different civilizations’ activities at different periods. Large populations of Chinese, Jewish, Armenian, and other immigrant communities have all referred to Kolkata as home. The stunning architecture of Kolkata flats pays testament to its social, cultural, and political richness.

Kolkata is also known as “The city of joy,” formerly named Calcutta; it is one of India’s largest cities. The city is established on the east bank of the Hungli (Hooghly) River, which used to be the Ganga river’s principal channel, about 154 KM (96 miles) upstream from the head of the Bay of Bengal.

The city has gone through several significant political and social upsurges in the past. Because of its history, it holds an essential place in the chronological description of the entire circumstance of the Indian subcontinent and the rest of the world. Kolkata has also gone through some known monarchical and bureaucratic rules, which have affected its culture.

The ancient origin of Kolkata

Though archaeologists believe that Kolkata has been inhabited for more than two thousand years, its documented history initiates only after the British East Indian Company’s arrival in 1690. Ancient proofs state that Kolkata was an established trading hub before the Delhi Sultanate arrival, the Portuguese, the Mughals, the British, or the French. The city’s origins date back to the Gupta and Maurya period. It is also mentioned in the ancient epic Mahabharata.

Kolkata became the centre of all political and cultural movements in India. The nineteenth-century reformation and renaissance in India were pioneered in the city. Raja Rammohan Roy, Sri Ramakrishna Paramhansa, Rabindra Nath Tagore, Satyendra Nath Bose, and many more eminent personalities improved the cultural heritage of the city of Kolkata.

Kolkata remained the capital of India till 1912, when the British moved the capital to Delhi. In 1947, when India achieved freedom and got partitioned between Pakistan and India, Kolkata was included in the Indian part of Bengal. Kolkata became the metropolis city of the state of West Bengal.

Like many other cities, Kolkata’s diverse ethnicity can be assimilated from its localities and neighborhoods. There is central Kolkata, where commercial Kolkata flats and buildings are located, the business district, which contains urban park in the city, South Kolkata, the house in this district is wealthy, and the neighborhoods like Dharmatala merges with historic building with residential complications. North Kolkata on the other hand, is reminiscent of old Kolkata; localities like Shyambazar, Bagbazar, and Kumartuli among others are filled with grand colonial architecture, art galleries and cultural festivals.

The most important part, the lens of ethnic cohabitation, is maybe Bowbazar. The area resides with Buddhists, Muslims, Parsis, Hindus, Sikhs; they all live in harmony and are mutually respectful. This one of the best things about Kolkata flats. There is no hassle, fights, and unnecessary violence. In Kolkata, there is a Buddhist temple, an Armenian Church, a Zoroastrian temple, a Synagogue. Bowbazar is a prime lesson of intolerance for the world.

Western influence is dominant in most Kolkata flats and architectural monuments, although Indian influence is also visible. Kedleston Hall inspires the Raj Bhavan in Derbyshire, England; Hight Court shares a resemblance of the Cloth Hall at Ypres, Belgium; the Town Hall is in Grecian style with a Doric-Hellenic portico.

Kolkata flats and houses are an enviable number of historic buildings; most of them are still used. A wide range of structures was built during the colonial time and followed the European style. Evolution can be seen from those made in the 18th century, for example, Fort William, and those built during the last decades of the British reign, like the Victoria Memorial.

Kolkata’s skyline is broken in some areas by tall multi storey blocks and skyscrapers, and the cityscape has changed swiftly.

Despite acceptable western influence, Kolkata developed its own reputation, or you can say fusion, architectural style. This can be observed in Kolkata flats and buildings like Rabindranath Tagore’s childhood home, Jorasanko Thakur Bari, the old Asiatic society building, and Bishop’s mansions Lefroy Road. There are also areas like Salt Lake City, which took decades to planned following the independence, and house modern, 21st-century residential buildings.

Another iconic Kolkata monument is ST. Paul Cathedral, which is located near Victoria’s Memorial. Built-in Gothic style, its construction was started in 1839 and took eight years to complete the construction. It was constructed on top of another church that was too small to accommodate India’s expanding European community. The church, which is the foundation of the Diocese of Kolkata, also has regular general services. The stained-glass windows, renaissance style, and wrought iron gate, its charm draws tourists from various countries and faiths is famous for its midnight mass on Christmas.

The best architectures of Kolkata

Despite acceptable western influence, Kolkata developed its own reputation, or you can say fusion, architectural style. This can be observed in Kolkata flats and buildings like Rabindranath Tagore’s childhood home, Jorasanko Thakur Bari, the old Asiatic society building, and Bishop’s mansions Lefroy Road. There are also areas like Salt Lake City, which took decades to plan following the independence, and house modern, 21st-century residential buildings. Here are a few notable buildings:

Kolkata has an acute housing shortage. Of the people living in institutional shelters in the Kolkata metropolitan area, more than 2/3 live in the city. About three-fourths of housings units are utilized for dwelling purposes. There are numerous urban settlements known as bastis, where about one-third of Kolkata’s population lives.

A basti is officially known as “various huts standing on a plot of land of at least one-sixth of an acre. The majority of basti dwellings are unventilated, single-story rooms, tiny, usually dilapidated. They contain few sanitary facilities, and there are few open spaces.

The remaining two-thirds of the population dwell in flats, bungalows, and duplex houses in Kolkata. These properties in Kolkata are opted-for by the middle-class and upper-middle-class strata of the Bengali diaspora. Only the truly well-heeled bureaucrats and industrialists among the masses reside in palatial bungalows and ‘kothis’ of Ballygunge and Alipore.

Here’s a list of the top preferred locations for buying a flat in Kolkata:

Kolkata has undergone a sea of changes in terms of architecture, construction, and infrastructure. It has kept pace with the tides of modernization and new development which is on display across the length and breadth of the country. Housing in Kolkata has also evolved with the times; the beauty of the past and the present-day tastes and preferences are evident across the city in all its glory!