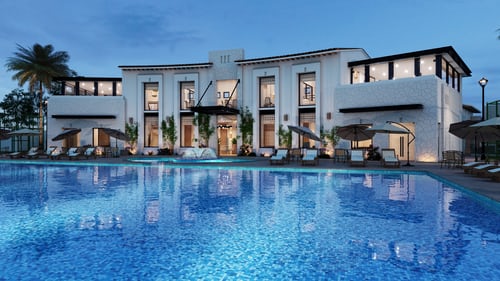 Why To Buy A Flat in Salt Lake Kolkata: A Snapshot

Salt Lake, formerly known as Bidhannagar, is a municipal corporation in Kolkata, West Bengal city. Over the last few years, flat in Salt Lake Kolkata have been attracting a fair bit of homebuyer and investor interest alike on account of growing IT hubs. Salt Lake City is a part of the Kolkata Metropolitan Development Authority or KDMA developed in the early 1960s as a satellite city to accommodate the growing population of salt lake kolkata.

Salt Lake is a prime and ideal location to live in. It is a residential area with a population of 218,323 as of the 2011 census. The place stretches in an area of approximately 13.16 square kilometers with a commendable density of about 16000 people per square kilometre. People can find various type of flat in Salt Lake Kolkata, both budget friendly as well as luxurious flats in Kolkata.

Salt Lake was originally developed under the Irrigation and Waterways Department of the West Bengal Government administration. Initially, the planned satellite city was under the South Dum Dum Municipality; however, later, it came under the wings of Public Work or the Metropolitan Development Department (Urban Development Department). As a result, people looking for flats in Salt Lake Kolkata  enjoy the ample civic infrastructure of this satellite city.

In 1995, Salt Lake got its own elected body under the name of Bidhannagar Municipality, including 23 wards, now increased to 25 wards. All the flats in Salt Lake Kolkata are on the land of Urban Development Department leasehold plots, directly managed by the department.

Salt Lake is a safe place to live in, with the second-highest proportion of graduates in India, nearly 30.6 percent. The place is a perfect blend of education and beauty, with many wetlands and lakes surrounding the city. The flat in Salt Lake Kolkata are mostly located at breath-taking views.

Flora and fauna around flats in Salt Lake Kolkata

Dynamic, hip, and continually evolving- Salt Lake is among the most optimally suited residential areas in Kolkata. Central Park in Kolkata is the city’s second-largest open green space. The park is built around a huge lake, famous for boating, green lawns, flora, and fauna. The central park is home to various aquatic birds and ducks, several theme gardens, a colorful butterfly garden, and a rose garden.

Flats in Salt Lake Kolkata also have a dose of various cuisines with many acclaimed restaurants. Among one of the most cherished authentic Bengali food, the restaurant is 6 Ballygunge Place in Salt Lake Sector 1. There are also other places to have a multiple cuisine meal, such as Oudh 1590 and others.

Flat in Salt Lake Kolkata offers eye-catching retail and entertainment outlets for the residents. Moreover, a vibrant nightlife is another reason to buy flats in Salt Lake Kolkata as the place has some of the hottest new bars and nightlife areas. It is an excellent way to unwind yourself at the renowned Raize- the bar, Backstage, and Downing Street. The microbrewery offers different variants of craft beer with fun evenings. Live sports screenings and dance floors make these places livelier and more attractive.

Salt Lake region was created in the north-eastern piece of Kolkata. It is a corporate epicenter yet, in addition, involves a few multi-storey high rises in and around its area. The area is encircled by certain private regions of Salt Lake Sector I, II, and III. It is limited by Keshtopur Canal towards North and New Town towards the west.

The territory has a sound street network through Eastern Metropolitan Bypass known as EM Bypass, Biswa Bangla Sarani, and Salt Lake Bypass. The place is 15 km from Netaji Subhash Chandra Bose International Airport (NSCB), 6 km away from Bidhan Nagar Railway Station, and 9 km away from Sealdah Railway Station. Also, the area is expected to have metro availability with the fulfillment of Line 2 (Green Line) interfacing Salt Lake in the East and Howrah Maidan in the West. It is being carried out in several stages, and Phase I connecting Sector V with Salt Lake Stadium is required to finish soon. The area is likewise booked to get Line 6 or Yellow Line (New Garia-Airport), which must be completed by 2021.

Centres of Commerce near the best flat near salt lake kolkata

People living at flats in Salt Lake Kolkata who are willing to send their children to central schools can opt for Kendriya Vidyalaya, namely K.V. no 1 and K.V. no 2 Salt Lake. For catholic living in the area are schools such as Our Lady Queen of the Missions School, St. Joan’s School, and St. Francis Xavier School.

Flats in Salt Lake Kolkata are among the top-rated as 4.4/5 based on commuting, environment, and places of interest. Flat owners, visitors, and agents are all interested in the area.

The place is also top-rated on Connectivity parameters and medical facilities. Flats in Salt Lake Kolkata are rated best in terms of education, schools, institutions, and parking spaces.

Configuration of Flats for Sale in Salt Lake Kolkata

The price range for flats in Salt Lake Kolkata is:

Opting to buy flats in Salt Lake Kolkata is a wise decision for a family and people looking for single accommodations as the place is stuffed with facilities. Whether you want clean water or green air, Salt Lake has it all. The place is both lavish and affordable. The quality of life offered by this locale is unmatchable.