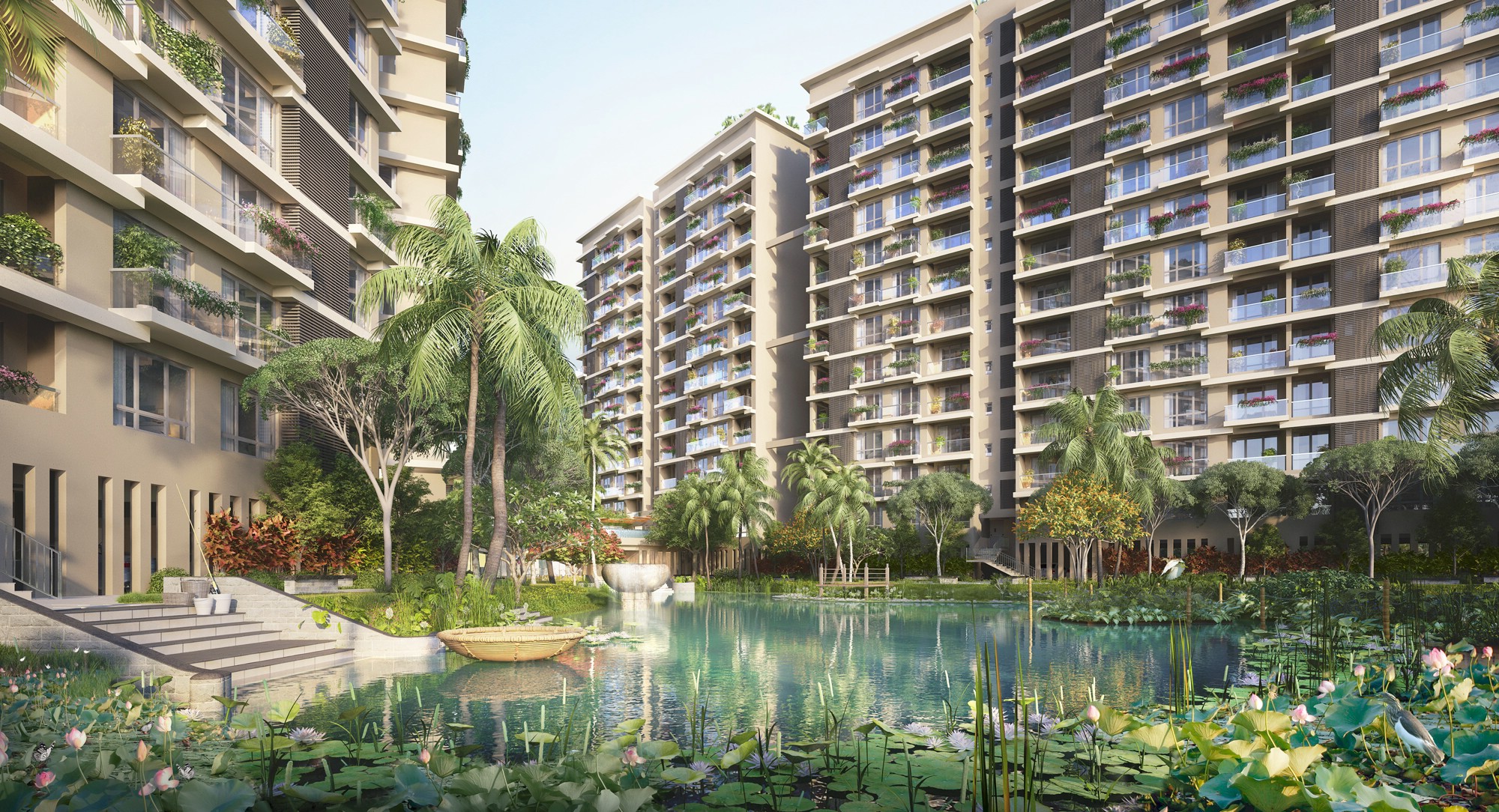 A weekend at a lake-side inn… an evening stroll on the beach … a clambake by the banks of a river … retrospection in solitude on a bench overlooking a pond … these are some of the tried, tested, and trusted methods of cleansing the mind, revitalizing the body, and reinvigorating the soul.

Over the centuries, it has been proven that close proximity to water has healing powers.

“If there is magic on this planet, it is contained in water”- Loren Eiseley
The words of the venerable philosopher are not in the least exaggerated. The word ‘magic’ may have a mythical connotation to it, but this article is about the scientifically proven benefits of living near water, benefits that are no less enthralling than magic itself.

In an urban setting today, we all fall prey to high levels of stress. Stress induced health perils include low energy, insomnia, depression, anxiety, cardiovascular diseases, obesity, gastrointestinal problems, etc. The polluted ‘city’ air engenders and aggravates a plethora of diseases such as cardiovascular and respiratory illness, loss of lung capacity and decreased lung function, asthma, bronchitis, and possibly cancer. Aggressive urban sprawl has acutely degraded the quality of life. In our tussle against the menace of imprudent urbanization, the world-wide ‘go green’ movement is a combatant that requires further reinforcement, the reinforcement being the ‘blue mind’ crusade. The ‘blue mind’ theory is based on years of research that proves that living near/around water makes one happier, healthier, and more productive. The ‘blue mind’ effect is not only obtainable along a sea or an ocean, but it is also achievable around urban water bodies such as lakes and ponds.

The serene views and the calming sounds will relax your mind. A relaxed mind alleviates high levels of stress; reduced levels of stress imply that one has higher levels of energy, better metabolism, improved immunity, lowered risks of heart diseases and dementia, and a profusion of other health benefits. It is rightly said that “a relaxed mind is a creative mind”; thus, unleash your creative facet opting for a home surrounded by water.

A breath of fresh air

Water bodies are massive carbon sinks. A carbon sink is a natural or artificial reservoir that absorbs carbon dioxide from air, thereby purifying the air and allowing you to breathe fresh air. Ponds are helpful in maintaining soil moisture, even on the hottest days of summer. The moisture provided by a pond is helpful to nearby plants as it offers a self-sustaining cycle of hydration that keeps plants alive, with little/no watering. Therefore, ponds aid in water conservation by reducing the amount of water required for gardening/ landscaping: landscape around ponds cleanses the air at reduced maintenance costs.

Water creates sound-masking effect. When a water feature, such as a fountain or waterfall, is added to a pond, the white noise thus created helps to cancel out the noise of street traffic or loud neighbors.

Splashing water generates negative ions. Negative ions, are basically oxygen ions with an extra electron. These negatively charged ions carry abundant health benefits. Negative ions increase one’s sense of well-being and mental clarity. These are proven to clear the air of dust, mold spores and other potential allergens. Negative ions have been reported to normalize one’s breathing rate, decrease blood pressure and relieve tension. They normalize serotonin levels in the brain, potentially improving a person’s positive outlook and mood. These are absorbed directly into the bloodstream and help to combat harmful free radicals within the body. Negative ions purify the blood and promote natural detoxification.

A pond supports wildlife that has grown scarce in the urban regions. Native plants, in and around the pond, provide the best sources of food and cover for native wildlife such as dragonflies, frogs, and birds. A morning walk around such ponds transcends into a ‘nature trail’.

Ponds also promote interaction and education. Watching wildlife triggers curiosity about the natural world in children and older individuals; this creates environmental awareness and sparks a child’s interest or passion in creating a better future for our planet.

The rapid urbanization and related anthropogenic activities have been devouring the natural aquatic resources, leading to a greater decline of the complex ecosystem. Large-scale encroachment activities have led to filling up of water bodies and conversion to concrete jungles. We are losing vital natural habitats and the associated physiological benefits at an alarming rate. Thus, it is paramount to comprehend and promote the importance of urban waterscape. Such waterscape is a defense against the malaises of urban lifestyle, an instrument for improved health and wellness, and a catalyst of renewed zest for life.