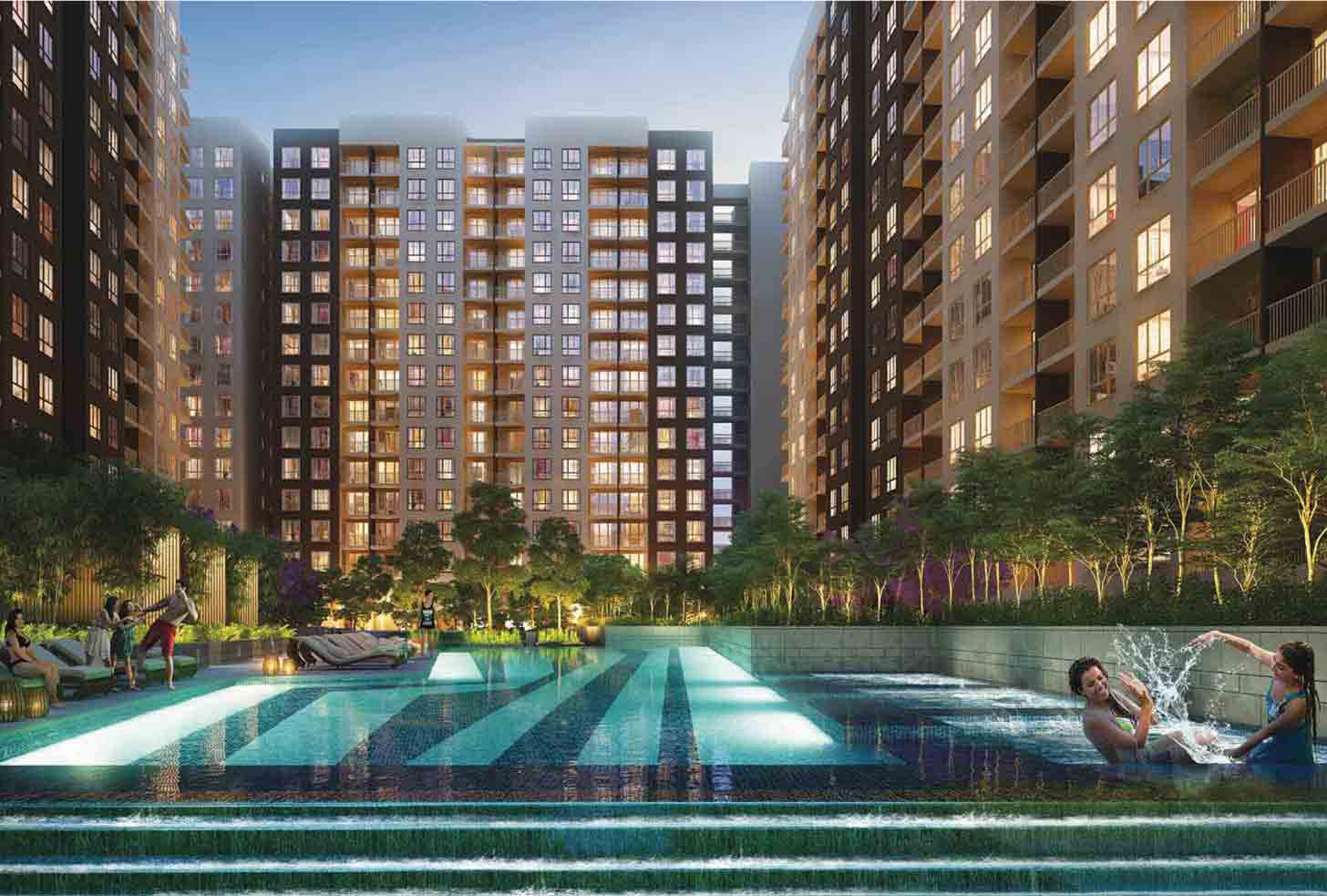 Rajarhat Newtown in Kolkata is an incredibly famous locality with a suitable residential plethora. People can sell, buy, or rent  3 bhk flats in Rajarhat – Newtown Kolkata at affordable prices. It is a prime location in Kolkata, with every type of residential facility available at it.

Looking for 3 bhk flats in Rajarhat – Newtown Kolkata ? More than 3 thousand properties are available to buy, sell, or rent with a price range as low as Rs. 16 lacs to as high as Rs. 91 crores. The place has it all, from affordable, comfy flats to luxurious apartments and bungalows.

List of the best 3 bhk flats in Rajarhat Newtown Kolkata

A perfect home is a resting place; it nourishes not just the body but also, the soul. This underlying aspect of soul-searching is what makes house-hunting such a purpose-driven activity. When we set out to build The Soul, we didn’t intend for it to be just another housing complex offering homebuyers a flat in New Town; we hoped to create unique living places that would form an extension to our residents’ identity. spread over a total area of 6.89 acres of land; about 60% of which is open space. The Soul has been created to provide an atmosphere of ample greenery for our future residents to feel closer to nature.

As the Best Upcoming Mid-segment Residential Project of the Year (CREDAI Bengal Realty Awards 2018), PS Amistad offers 3BHK flats in Kolkata New Town. Amistad, which means ‘Friendship’ in Spanish, is built with an underlying desire to foster community. We have provided a green haven in the form of a landscaped garden at the podium along with an Adda Zone and Gazebo. Take a walk, have a picnic, run around with your kids or simply sit here and people watch – this oasis in the middle of Kolkata New Town will always make you smile.

Luxury means different things to different people. To some, it can mean an opulent lifestyle that evokes the awe and admiration of everyone around, while to others, it can mean living a healthy life in the lap of nature surrounded by precious comforts that bring joy and happiness to loved ones. After all, health, wealth, and prosperity go hand in hand! With a desire to combine all these luxuries, we set out to build our dream project in the heart of New Town, One10. So, if you’re looking to buy a 3 BHK or a 2 BHK flat at New Town for your family, we’ve created a residential complex that will fulfill all your heart’s desires! Let’s tell you a little more about One10, a project nestled in the heart of the hustle and the bustle of the city and yet tucked away from the cacophony – a happy home for over 400 families already.

Rajarhat Newtown is a fast-growing satellite city of Kolkata. It goes under the North 24 Parganas locale in the Indian territory of West Bengal. It is near Kolkata and covered by Rajarhat Newtown Kolkata Development Authority or NKDA.

Buying a flat in Rajarhat would be a wise decision as there are planned framework like – streets, channels, sewerage line, water supply lines, significant beautification works, and so on and executes developments like – structures, projects, parks, gallery, trams, overbridges and so on in the locality. This new data innovation and the private centre point are being created on the north-eastern edges of Kolkata. For the most part, the territory consisted of colossal sections of land of cultivable terrains and water bodies, which have been gained and created in an arranged way. The way toward putting resources into private and modern offices and infrastructural advancement of the zone has principally begun in the last part of the 1990s.

The all-inclusive strategy imagines a municipality that is, in any event, multiple times greater than the adjoining Salt Lake City. Rajarhat Newtown has been likewise pronounced as a Solar City by the past government in the middle. Now the activities are being taken to announce this city as Smart Green City, a dream venture of Narendra Modi (Prime Minister of India) with the Government of West Bengal. Investing in the area with buying or renting 3 bhk flats in Rajarhat – Newtown Kolkata Newton will be the favourite of all.

Rajarhat was empowered with a 10.5 km of Wi-Fi Zone along the Major Arterial Road (part of Biswa Bangla Sarani) from Haldiram, close to Dumdum Airport to Salt Lake Sector V, which additionally makes it India’s first Wi-Fi street. The stretch has effectively been pronounced as a green passageway.

Rajarhat Newtown being multiple times the size of Salt Lake, has arisen as the second IT centre point of Kolkata. People with an IT future can plan to get their own 3 bhk flats in Rajarhat – Newtown Kolkata as many Information Technology majors are operational in the area. In contrast, others like TCS, Wipro, and Infosys have been apportioned space alongside Cognizant. Numerous lavish inns like Lemon Tree Premier Hotel, Novotel, Swissotel, Westin, and so forth have additionally come up nearby.

Rajarhat is additionally being created as a Fintech centre point by HIDCO. So far, 25 monetary organizations, both banking and non-banking, have occupied room in the Fintech centre point situated in the area, making it an ideal economic place to grab 1BHK, 2BHK, and 3 bhk flats in Rajarhat – Newtown Kolkata.